Believe It or Not: New Jersey Is More Lenient on DUIs Than Other States 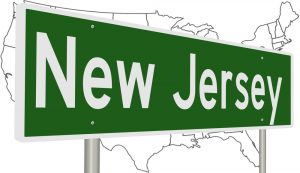 New Jersey’s DUI laws and punishments are some of the more lenient ones in the United States, according to this study by WalletHub. The study ranked New Jersey as the 44th strictest state.

One reason New Jersey ranks on the lenient side is that it does not automatically suspend driver’s licenses for those charged (but not yet convicted) of DUI. Also, in New Jersey it is not automatic that someone with more than one DUI will be charged with a felony, which is the case in other states.

The states with the strictest DUI laws:

The study looked at 15 factors when deciding the rankings. It took into consideration things like:

The requirement of an ignition interlock is said to have reduced re-arrest rated by 67%. This device requires that the driver breathe into it, and it will not allow the car to start if alcohol is detected.

The study also determined that the average fine in the U.S. for first DUI is $347. In addition, 37 states, including New Jersey, require alcohol abuse assessments and/or treatment after a DUI. Finally, the study noted that red states have tougher DUI laws than blue states.

The study said that stricter DUI laws across the country have resulted in fewer accidents. States began enacting stricter laws in the 1980s, and drunk driving deaths have declined by about 57% since that time.

Due to this decline, WalletHub states that motor vehicle crashes are no longer in the top 10 causes of death in the U.S.

At the Law Office of David W. Polsky, we have valuable experience defending against DUI charges. We understand the laws at play and how a prosecutor will likely treat your case. DUI charges are serious no matter what state you live in, and it is advisable that you seek the help of a New Jersey DUI attorney if you are facing charges. Call 973-686-9787 for a free, over-the-phone consultation.