What If Marijuana Were Legal In NJ? 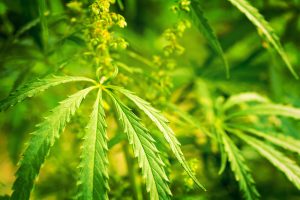 Currently, while the state has a highly regulated medical marijuana program, New Jersey does not allow the recreational use of Marijuana. According to a report published at nbcphiladelphia.com, however, that may soon change.

Legalization efforts to date have largely been stalled by current Governor Chris Christie’s opposition, who believes that marijuana can act as a gateway drug. Christie’s replacement will be chosen by voters this November, and the new administration will take office in January of 2018.

Several of the top Democratic gubernatorial candidates that are in the running have come out in support of legalization, and none of the Republican candidates have shown the same level of opposition as Christie.

There is no doubt that public attitudes toward marijuana have shifted in recent years, with more than half of states recognizing some form of medical marijuana use. Alaska, California, Colorado, Oregon, Maine, Massachusetts, Nevada, Washington, and the District of Columbia have gone so far as to legalize the recreational use of marijuana.

For New Jersey residents, it is important to remember that the unauthorized possession of marijuana is still illegal and can result in significant legal penalties. If you are convicted of a crime related to marijuana, you could be facing the following:

In addition, you may face consequences that occur as a result of a marijuana conviction long after your court-imposed sentence has ended. Many employers will not hire people that have been convicted of a drug crime, and a criminal record may make it hard to rent an apartment. Fortunately, in many cases, the representation of an attorney can help you avoid the most serious consequences you are facing.

A marijuana conviction can result in serious legal consequences and affect your life for years to come. Consequently, it is critical for anyone that has been arrested for the unauthorized possession of marijuana to speak with an attorney immediately. To schedule a free consultation with New Jersey criminal defense lawyer David Polsky, call our office today at 973-686-9787 or contact us online.