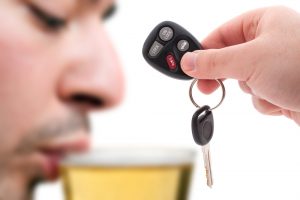 Ralph Politi Jr. and David Heim were two of many victims to lose their lives as a result of drunk driving, or as referred to under New Jersey Law, driving under the influence. Many drunk drivers who cause DUI fatalities are convicted only of traffic offenses and may avoid serving time. However, recently introduced New Jersey Senate Bill 2423, known as “Ralph and David’s Law,” would drastically change the landscape of DUI penalties in the state.

In New Jersey, anyone who operates a vehicle with a blood alcohol concentration of 0.08% or greater is considered to be driving under the influence. If convicted of a DUI for the first time, you may be subject to the following penalties:

However, if an individual driving under the influence causes fatalities while operating their vehicle, they could be charged with “Death by auto” or “vehicular homicide.” New Jersey legislators have determined that the current law contains certain loopholes, so they have instigated changes to the field of DUI law.

Ralph and David’s law would change the DUI fatalities landscape by creating a new crime called “strict liability vehicular homicide.” If enacted, Ralph and David’s law would impose what is known as “strict liability” on drunk drivers who cause fatalities. “Strict liability” means that a prosecutor need not prove that a drunk driver intended to drink and then drive under the influence. Liability will be assumed by virtue of having driven a vehicle with a blood alcohol level above 0.08%, which makes it that much easier for a prosecutor to obtain a conviction.

Penalties under “Ralph and David’s Law”

If passed, “strict liability vehicular homicide” would be a third-degree crime in New Jersey and would carry a penalty of 3-5 years imprisonment, a fine up to $15,000, or both. However, when it comes to third-degree crimes, New Jersey generally has a policy of sentencing a first-time offender to no jail time. Ralph and David’s Law would change this policy for those who cause DUI fatalities by including a provision that the policy of no jail time does not apply when a driver is convicted of “strict liability vehicular homicide.”

If you or someone you love has been affected by a DUI conviction and you are concerned about the future of New Jersey DUI law, be sure to contact an experienced criminal defense attorney who can help you navigate these new waters. David W. Polsky Law has been providing affordable legal assistance to New Jersey residences since 1995. For more information about these upcoming DUI changes, schedule a free consultation by calling (973) 686-9787 today for more information.