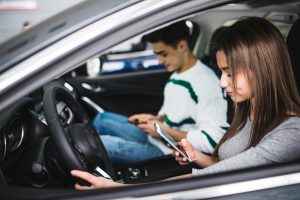 Reckless driving and careless driving sound like they’re probably the same thing but, in fact, they are both distinct New Jersey traffic violations. In New Jersey, the distinction between the two charges is real and important and the accusation you face can directly affect the consequences you face for a conviction. If you’ve been charged with one or the other of these offenses, it’s important that you understand the difference in seriousness and sentencing severity for each charge.

A careless driving charge can be issued against a driver who drives in a way that may endanger or that is likely to endanger someone else or someone’s property without the caution and circumspection normally expected of drivers. Such a charge comes with the following potential penalties:

A reckless driving charge, on the other hand, can be issued against a driver who drives in a way that may endanger others or property with a “willful or wanton disregard” for others’ safety. The key difference is in the mental state of the driver while they are engaging in the dangerous driving behaviors. Such a charge comes with its own set of specific penalties:

Based on the observations of the police officer and the circumstances surrounding the traffic stop, the prosecutor will determine whether to charge you with careless or reckless driving. Often, an experienced NJ traffic defense lawyer can argue to have your charges reduced or dropped. A defense attorney can argue that your mental state was not such to warrant a reckless driving charge, among other legal defenses.

If you’ve been accused of either careless or reckless driving, call a skilled New Jersey legal defense as soon as possible. The Law Offices of David W. Polsky have the experience and commitment to help you fight your driving charge. David is a skilled New Jersey lawyer with more than ten years of success in defending traffic violations and criminal-offense charges, and he can help you defend yours. We’re here to help, so give us a call at 973-686-9787 or contact us online.